In ancient times (like before the 80’s) the word “Husky” was more a derogatory term used to describe guys who were more hearty in size than others. You’d walk through department store and find a small select section of poorly tailored clothes with little choices labeled with the term husky. The word would get tossed around in school cafeterias and even during family gathering when aunty would say “Boy you’re getting Husky.”  Over time, as people like Heavy D, Biggie Small, and even Rick Ross, hit the scene the bigger guy has gotten much overdue appreciation.

So, I know all of this information from derived knowledge. I didn’t start my journey as a “Husky Boy,” I was the total opposite growing up. As a matter of fact they put a “Lil” in from of my name until I was 25. Then all of a sudden, as a result of working out and eating overseas, I muscled up and low and behold a “Husky Boy” was born. I found myself having issues finding clothes because my thighs were too thick or my arms were too big. I found myself taking pictures and looking like I just worked out and just ate at the same time. One picture in particular I put on Instagram with the caption “Husky boy Ministries.” The next day my gym partner and I joked for about 30 minutes about funny related captions, my favorite being “Husky Boys need love too.” Then I said “I should put that on a shirt.” That started the initial thought process into Husky Boys. Some months later my sister said you should pair Husky boys with a cooking blog since you’re always taking pictures of your food. And just like that Husky Boys was born. (See the “My cooking Journey” for how I got started in the kitchen).

So what is a Husky Boy?

What is a husky Boy you ask? After starting the @HuskyBoysIntl food blog on IG, I’d define Husky boys Intl. as a community for guys who like to cook , love to eat and the people who love them! It’s a movement for the plus size guys and guys of any size who appreciate the food culture. It’s also community for the people who love them and the delectable dishes they create. If you love the culture of cooking and practice of eating, then you’re pretty much a Husky Boy. The Husky Boy is the bigger man out here (points to stomach) but also in here (points to heart and laughs).

The picture that started it all: 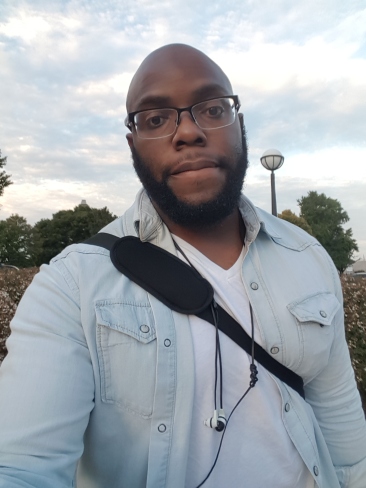